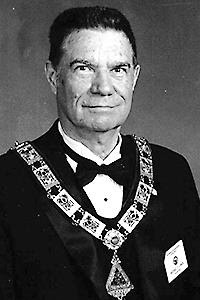 Reporter for several  Maine newspapers dies of cancer at 74

The Maine Press Association mourns the loss of longtime journalist Mike Lange of St. Albans, who died of cancer at age 74 on April 28 at Redington-Fairview General Hospital in Skowhegan.
A native of Pennsylvania, Mike moved to Maine in 1972 and established himself as a radio announcer in Somerset County. He later made the jump to newspapers, working as a reporter for the Advertiser-Democrat in Norway, the Somerset Reporter in Skowhegan, the Morning Sentinel in Waterville, and the Moosehead Messenger in Greenville. During his  recent semi-retired years, he wrote part time for the Piscataquis Observer in Dover-Foxcroft and the Eastern Gazette in Dexter.
He served on the Maine Press Association Board of Directors for three terms and was executive director of the organization in 2009-2010.
“Mike Lange was the quintessential Maine journalist,” stated former MPA President Earl Brechlin, who served with Lange on the association’s board of directors for several years. “He’d race from one end of his large coverage territory to the other in a single day, taking notes, snapping photos and pounding out multiple stories on the keyboard before deadline. Whether it was a bean supper, kids’ bike rodeo, selectmen’s meeting, or a breaking major crime story, Mike put his full energy and intellect into covering every aspect of each assignment.”
Former longtime MPA Executive Director Jeff Ham praised Lange’s devotion to the organization.
“I was saddened and surprised to read about Mike’s passing,” Ham wrote in an email. “He was a stalwart with the Maine Press Association. He and I were board members together for years. He left a couple of times because he was too busy at work, but he’d always come back. He just couldn’t stay away.
“When he took over as the association’s executive director in 2009, I figured we were in good hands. When I saw him take charge of the contest and the Fall Conference, I knew we were,” Ham wrote.
Brechlin summarized what many people in Maine are feeling.
“His passing is not just a great loss to his family, friends, and colleagues, but to the region he served as well.”
A memorial service for Lange was held on May 6 at Shorey-Nichols Funeral Home in Pittsfield. To leave a message for the family, please visit www.shoreynichols.com. Full obituary is here: http://www.legacy.com/obituaries/name/by/lange/michael