Two new members will enter the Maine Press Association Hall of Fame on October 24. Terry Carlisle and Arthur Guesman have been selected by the MPA’s Hall of Fame Committee and will be inducted during the association’s annual Fall Conference. 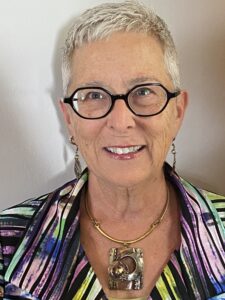 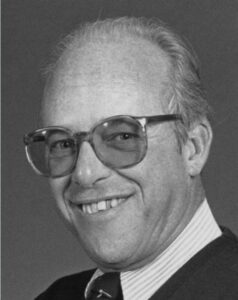 When it came to journalism, the late Arthur Guesman worked to promote respect and ethics in all aspects of the industry and appreciated what freedom of speech and press really means. He began his career delivering newspapers as a child and then selling newspaper advertising as a young adult. He spent the next 20 years as a professor of journalism at the University of Maine in Orono, advising the next generation of journalists on the ethics and hard work that goes into respecting and maintaining freedom of speech and press.

As a professor, he advised over 100 students each year. He was the faculty advisor of the Maine Campus newspaper, which under his direction took the paper from a weekly to a daily and helped students and the paper win many awards along the way, including best newspaper in the east. He developed and led mass media communications classes to England and the Soviet Union to examine the fundamental differences in journalism based on the freedoms of the press or lack thereof. Guesman died in 2007.

An Ellsworth native, Terry Carlisle started working at The American in 1978, as secretary to former Publisher James Russell Wiggins. She later worked in accounts receivable before going into sales. She was promoted to advertising manager in 1988. At the time, the sales staff stayed in the office and waited for customers to come to them. Terry turned that approach on its head. She grew the sales team, established territories and pushed for ad reps to get out into the business community. The newspaper’s revenue doubled during her tenure in the position.

In 1995, Carlisle was promoted to marketing director with added responsibility for circulation. In 2000, she was named general manager in charge of all business operations. Smart, bold and innovative, Carlisle has shepherded the papers through many changes over the years. She is a past president of the Maine Press Association and was honored as Advertising Person of the Year by the MPA in 1996. She has also been a New England News and Press Association board member and served as president of the Hancock County Trustees of Public Reservations, the governing board of Woodlawn. She retired in 2019.

The MPA Hall of Fame, established in 1998, honors newspaper people with Maine connections who have made outstanding contributions to the profession. Its members are on the MPA website, at http://mainepressassociation.org/hall-of-fame/.

Tickets to the Hall of Fame induction ceremony (to be held virtually this year) are available by contacting MPA Executive Director Diane Norton at mainepressmail@gmail.com or 691-0131.