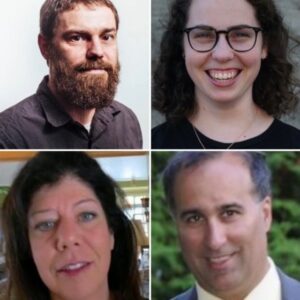 CAMDEN – For the second consecutive year The Portland Press Herald, The Ellsworth American, the York County Coast Star and the Maine Sunday Telegram have been honored by the Maine Press Association for General Excellence in print newspapers.

The awards were presented Saturday afternoon during the association’s annual conference, this year held virtually due to COVID-19.

Earlier in the day, the association inducted two new members to its Hall of Fame: the late Arthur Guesman, who served as the faculty advisor of the Maine Campus newspaper and a professor of journalism at the University of Maine for 20 years; and Terry Carlisle, who recently retired after 42 years at The Ellsworth American, serving in key management positions where she led with innovation, excellence, and total enjoyment of her job.

In the General Excellence competition for print newspapers, The Portland Press Herald was judged the best daily in Maine for the second consecutive year while the Maine Sunday Telegram was the weekend Newspaper of the Year for the tenth time in eleven years.

The contest judges, who hailed from The Oklahoma Press Association, wrote of The Portland Press Herald, “Beautiful page design and use of photos throughout. Strong reporting and local coverage. Good ad design and service directory.”

In the Weekly 1 division, for newspapers with less than 3,000 print circulation, the York County Coast Star took the top prize. Judges said,  “This is the complete package – good news coverage, well written; good layout with strong headline writing and good photos/reproduction; and excellent political coverage” while the Weekly 2 winner, The Ellsworth American, was lauded for its, “Good mix of local news, strong editorial page, great classified section, well-designed ads, and colorful and well-composed photos.” This was the second consecutive win for both newspapers.

The Maine Monitor won the Freedom of Information first-place award in the Weekly division while the Sun Journal took top honors in the daily/weekend division.

Meg Robbins, formerly of the Morning Sentinel and now of The Maine Monitor, won the Bob Drake Young Writer’s Award, and Carl Natale of the Sun Journal was honored by the MPA as the Unsung Hero of the Year.

A complete list of 2020 award winners will be posted later this week on the MPA’s website: www.mainepressassociation.org