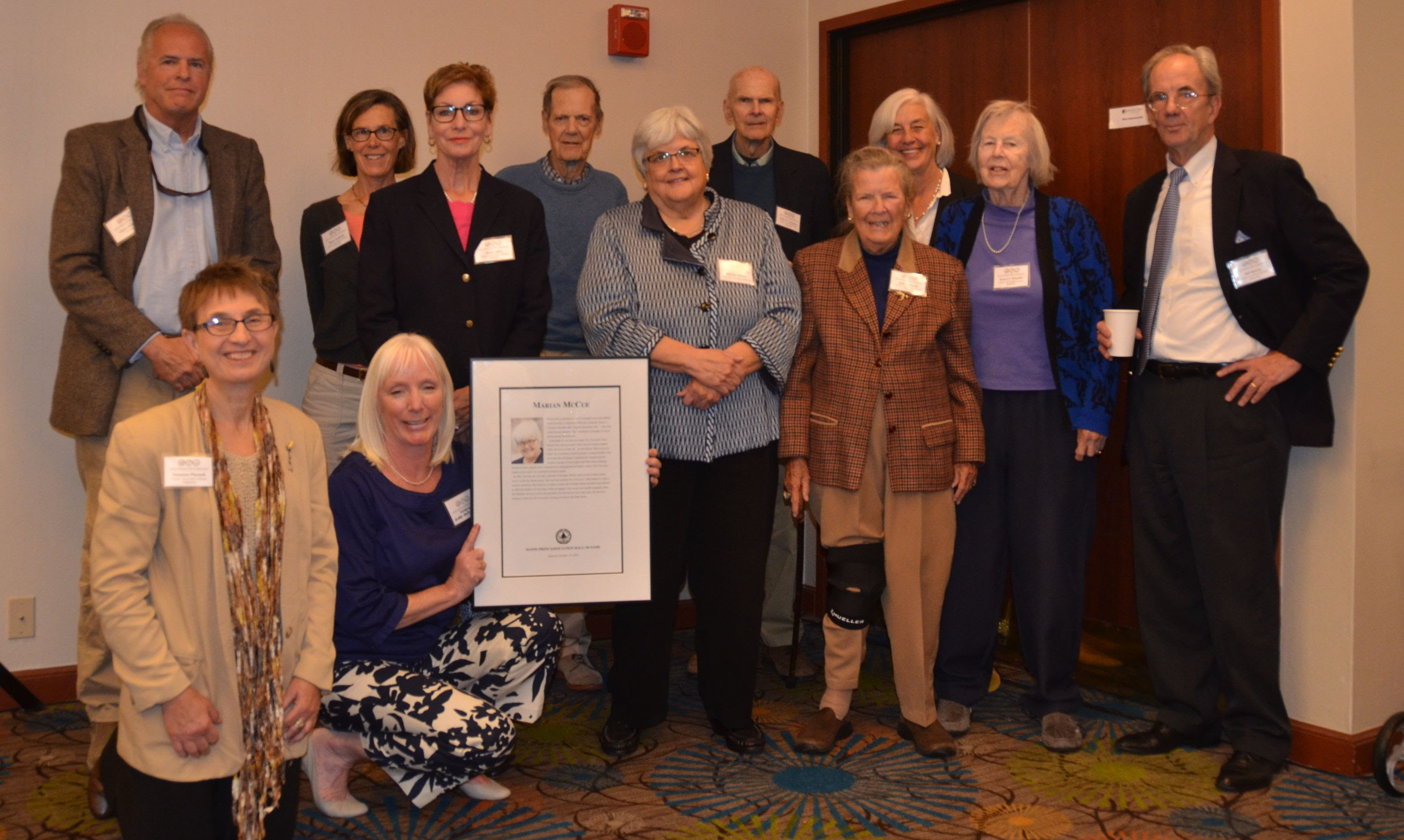 The many journalists, student  journalists, supporters of journalism  and even members of the public who attended the 2019 MPA conference last Saturday in South Portland were part of something very special.

It was a day — as all MPA annual conferences are — to celebrate the best journalism of the year and its many creators. That right there’s enough reason to host the annual event.

But there was much more this year.      Fellow journalists, family and friends surround Marian McCue, center, after
being inducted into the Maine Press Association Hall of Fame last Saturday.    — There were the behind-the-scenes insights on how the New York Times does its investigations by none other than Colby College grad and former Morning Sentinel newbie Rebecca Corbett, who now leads the investigative teams at the NYT and who steered the Pulitzer Prize-winning investigation exposing Harvey Weinstein. And who reminded everyone in attendance how much our work matters.

— There was the poignant, inspiring induction of three veteran journalists into the MPA Hall of Fame:
* Chris Cousins, who inspired with his energy, passion and humanity, and who died far too young.
* Stephen Fay, who inspired with his high standards, natural writing talent, wit and leadership at the Ellsworth American.
* Marian McCue, who inspired a generation of journalists with, among many things, the transformation of the Forecaster into a professional, competitive, reliable, profitable news source.
And it was the record-breaking number of people who attended that luncheon to be part of the induction and to hear Journalist of the Year J.W. Oliver speak. 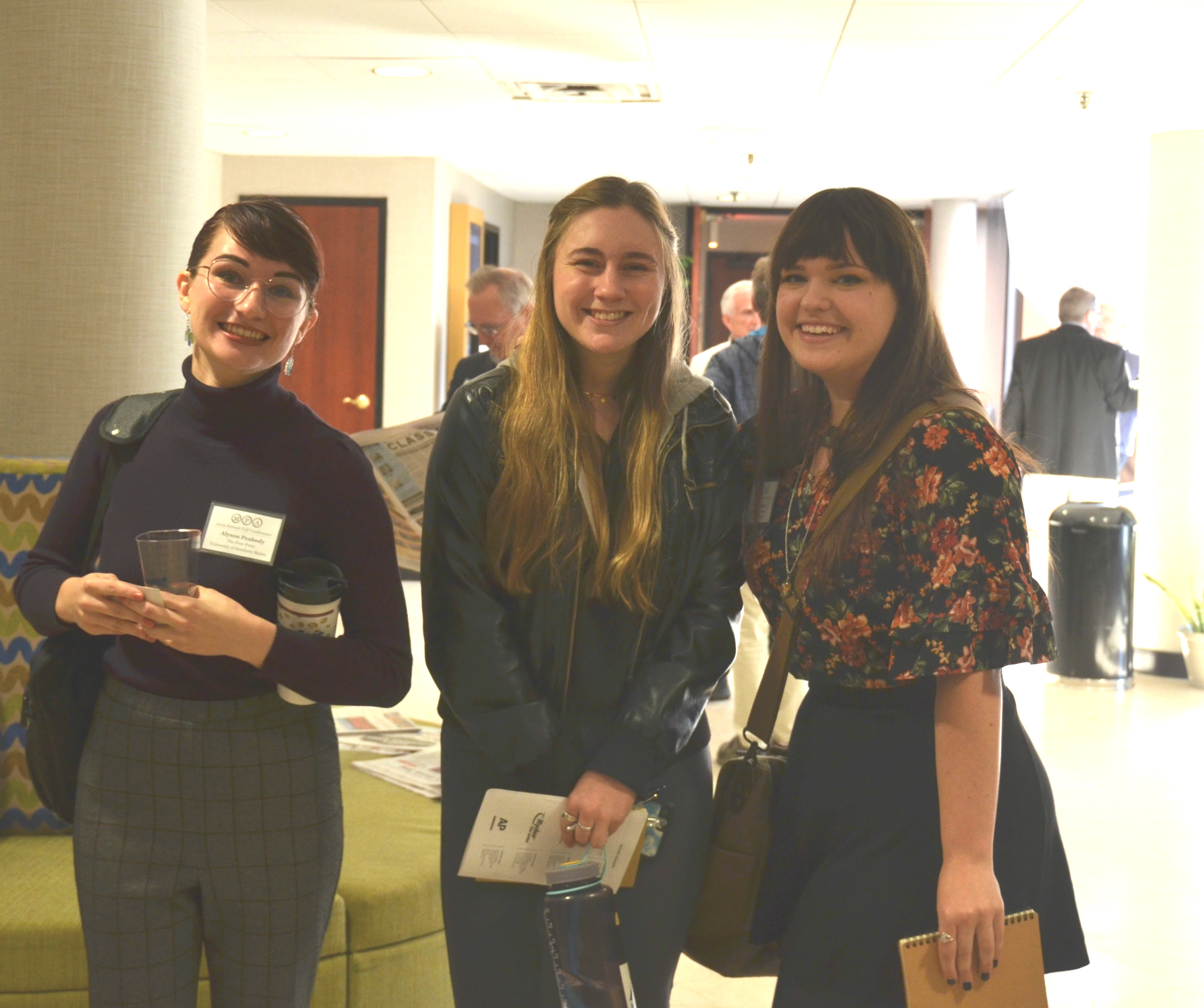 — There was the youthful vibe. Thanks to students from the University of Maine, the University of Southern Maine and Bowdoin College, like those at left, more energy, more questions during sessions and more young faces filled the conference. And three of those students, Olivia Shipsey, Alyson Peabody and Emily Cohen, hosted a session on college journalism that made it clear the future of journalism — in whatever form it takes — will be in good hands.

And even the “traditional” conference offerings had more.

— Did you attend the morning MPA Board meeting, which kicks off every conference? Of course you didn’t. No one does! But the board — with three new members — is one of the youngest, most dynamic in years, promising even more good things for MPA members in the future.

— Then there was the BDN’s Jennifer Holmes, the outgoing MPA president, talking up all the efforts undertaken throughout the year by the board — as well as Mitchell Tardy Jackson and supportive lawmakers at the State House — to protect Maine newspapers, to support the work of Maine journalists, and to ward off efforts that would have made it harder to know what our government is doing. (For more on the MPA’s work, see the post below.) 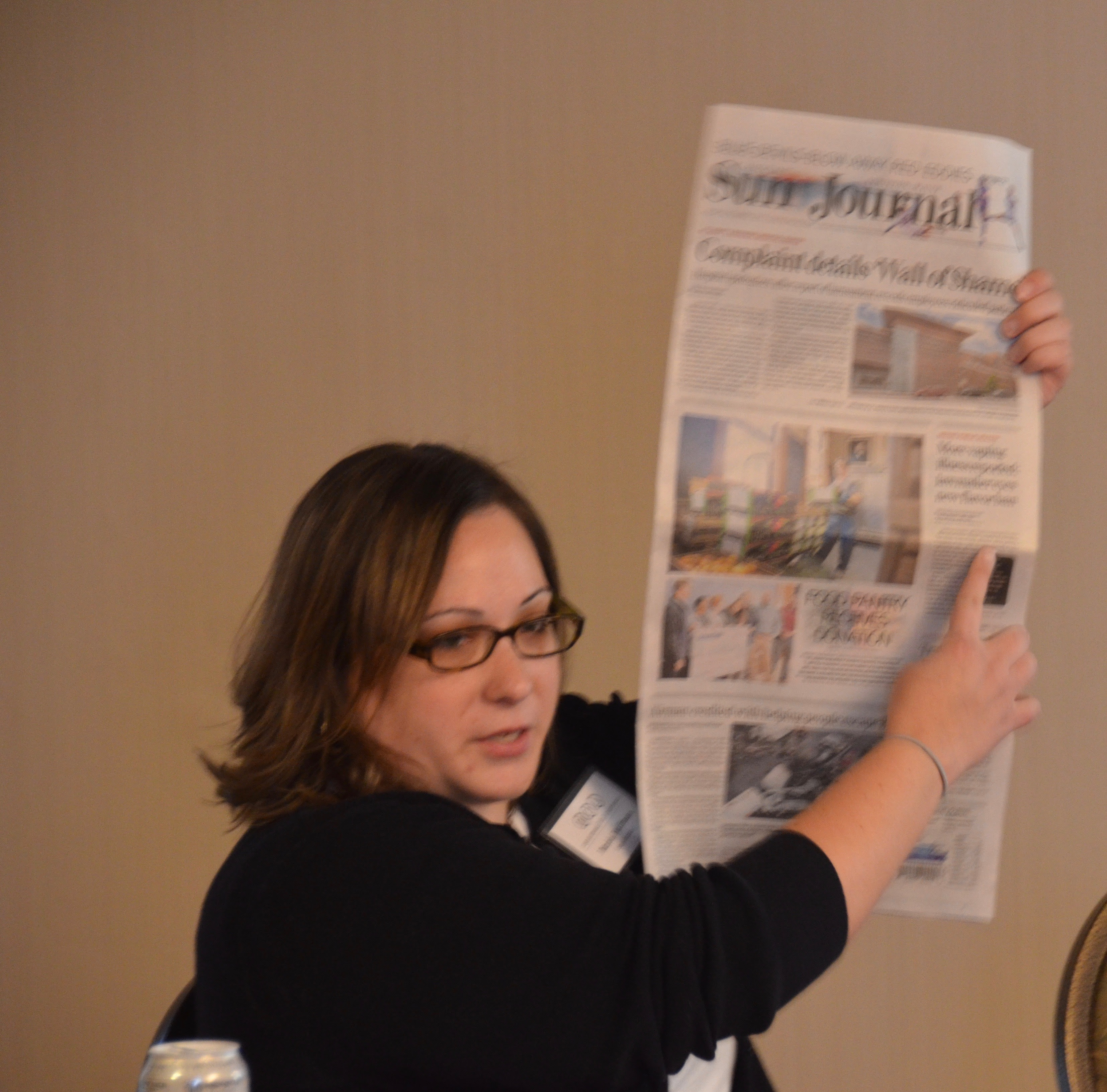 — There were the sessions and workshops: Everything from a reporters bootcamp on open records and dealing with a demanding public, to tips for designers, and the latest on building revenue through reader engagement and enhanced sales techniques.

— And there was J.W. Oliver getting personal for a few minutes. The incoming MPA president and 2018 Journalist of the Year who leads the Lincoln County News team talked about the inspiration he has felt over the years thanks to the Maine Press Association and fellow Maine journalists. Which provided its own inspiration for luncheon-goers.

Everyone who attended the conference likely had their own highlight. There were plenty of positive take-aways for those who went. Those who didn’t can be part of it all next year — the MPA board is already thinking about how to make the 2020 conference in Bar Harbor just as special.